Zappos and Other Companies End the Use of Job Titles 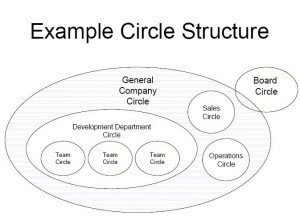 Zappos.com is one of the largest online retailers of shoes, and according to their new announcements, their corporate structure is about to change.

The new structure change involves ending the use of any sort of job title, which is also referred to as “holacracy”. Holacracy leaves everyone on a more even playing field as managers, employees, and even the CEO of the company no longer have any sort of title that makes them above or below another person in the company. Zappos, unlike some companies that have begun to use the model, plans on going “all-in”, which means creating circles of employees that have a certain task. The individual group can consult other groups, but it will ultimately be the group that takes responsibility for the final product, not a manager or “the weakest link”. The large shoe company expects that around 400 circles will be created at their headquarters alone.

Holacracy isn’t really all that popular just yet, but the companies that have implemented it find that they are met with success. Zappos has around 1,500 employees, and so far they are the largest known company to take the model to heart.

The idea behind holacracy is that it creates a distributed authority system. Instead of having a manager at the top that feels responsible for however many employees he or she manages, holacracy aims to get the same amount of “work” out of everyone without relying on a single leader. This changes everyone’s thinking, and the idea is that everyone will feel the pressure of responsibility so that everyone gives 100% without having someone “hanging” over them to get something done. The system also enforces a series of team meetings throughout the week so everyone remains on the same page, but the team itself decides when and where those meetings are.

The system was originally designed for non-profits, but it’s catching on in small business circles that are looking for something different. If you feel as if your team isn’t doing as well as they could, or you feel like you put a lot of pressure on people who you’d like to give a break, then maybe holacracy is something that would benefit your company and employees.