Yahoo Messenger Will Shut Down In July 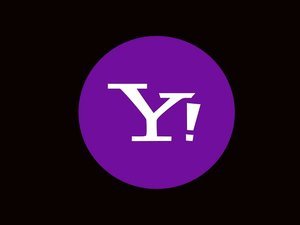 It’s the end of the line for Yahoo Messenger.  As of July, it will be no more, marking the end of an era.

The announcement comes just six months after AIM (the old AOL messaging program) was shut down.  The first major messaging programs from the early days of the internet will soon be a thing of the past.

Users will have six months to download their chat histories from Yahoo Messenger. If they  haven’t gotten what they need by then, they’ll lose their chance forever.

It probably won’t come as a major blow to most people.  Although it used to be one of the most popular and widely used communications programs, its popularity has slipped markedly in recent years, to the point that there’s little justification in continuing support for it.

The company had this to say on the matter:

“We know we have many loyal fans who have used Yahoo Messenger since its beginning as one of the first chat apps of its kind.  As the communications landscape continues to change over, we’re focusing on building and introducing new, exciting communications tools that better fit consumer needs.”

Currently, the company has no direct replacement for Messenger.  The closest match would be a group messaging app called “Yahoo Squirrel,” which is currently in beta.  Users interested in the new tool can request an invitation at squirrel.yahoo.com.

For the rest of us, Yahoo Messenger’s loss isn’t likely to cause problems from a business perspective. This, along with Microsoft’s retirement of the venerable MS Paint, serves as a reminder that the internet is growing up.  Many of the tools we’ve used and taken for granted for years are now fading away.  It’s a brave new world.