Windows Media Player May Be Replaced By Microsoft App 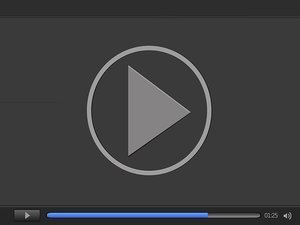 A Reddit user named “Noam_ha” recently posted a screenshot displaying a popup message when users open the venerable Windows Media Player (WMP), asking users if they would instead like to open the video file with the company’s more modern Movies and TV app.

The popup message touts the Movie and TV app’s advantages, which includes better battery life if running on a phone or laptop, better compatibility with more modern video formats, a mini-view, and support for 360-degree video on Augmented Reality devices.

There are several interesting things to note here:

First, while the new popup message clearly signals Microsoft’s preferences, the reality is that in many ways, the Movie and TV app is a poor substitute for WMP.  It only has modest functionality and has a downright awful interface. Even worse, many features found in WMP (like streaming video from online repositories, queuing, and variable play speeds), are simply not present in the new app.

Second, this appears to be a recent shift inside the company, because WMP comes pre-installed on Windows 10.

On the other hand, WMP hasn’t received a significant update since the Movie and TV app was first released with the launch of Windows 7.  In that respect, at least, the writing has been on the wall for some time now.

This marks the second beloved app that Microsoft has decided to kill in recent months.  Recall that just last year, the company announced the end of Microsoft Paint, a kludgy, barely functional graphics program that was nonetheless, strangely beloved by users.  It was retired and replaced with “Paint 3D,” and now, all indications are that Windows Media Player is headed for a similar fate.

That wouldn’t necessarily be a bad thing, but given the condition of  the new Movies and TV app, the decision probably isn’t going to win Microsoft any friends.