Windows 10X Will Assist With Folding Screens And Dual Monitors 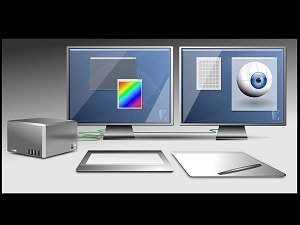 A lot of people raise a curious eyebrow when they hear the term Windows 10X for the first time. It’s a bit of a niche product, but it is interesting.

In recent years, several smartphone manufacturers have announced that they’d be experimenting with models sporting larger screens. For example, folding smartphones that when unfolded give you much more screen real estate than any of the phones currently available.

It sounds great in theory, but the early models we’ve seen have been decidedly underwhelming.

Microsoft is hoping to change that by offering a scaled down version of Windows that will make it possible for foldable smartphones and dual monitor users to get more mileage out of their equipment.

If this sounds at least vaguely familiar, you’re not imagining. Although Microsoft pulled out of the smartphone OS market, they have made several forays into that segment, including Windows CE. Windows 10X is evidence that the company hasn’t given up completely on the idea of Windows on a smartphone.

Whether it will succeed or not is anyone’s guess. At a recent trade show, the company said that they were planning an initial Holiday 2020 release of the slimmed down OS.

The company’s statement reads in part, as follows:

“Your code is important, and our goal is to make going on this journey with us as easy as possible. This starts by maintaining app compatibility and ensuring your existing websites and apps work well on dual-screen devices. Windows 10X is an expression of Windows 10 and for the first time, apps will run in containers to deliver non-intrusive updates and improved system resources for extended battery life.”

If you’re interested in getting a sneak peek at the new OS, the company will be releasing a Windows 10X emulator that can be used to test and develop apps. By the time you read these words, the emulator should be available via the Windows Insider Preview SDK.

At this point, it’s impossible to have an informed opinion about Windows 10X, but it certainly looks intriguing.