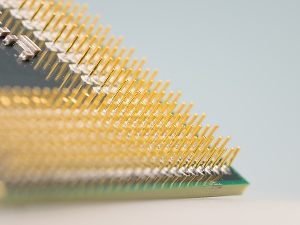 Are you one of the users who updated your computer to Windows 10 when you got the offer to get the new OS for free? If you did, you’re not alone. More than a hundred million people around the world have adopted the new platform, making it the fastest adoption of any version of Windows in history.

Microsoft says they are now committed to making Windows 10 enterprise friendly. Corporate users will get a perk they’ve been asking for, in that they’ll soon be able to control how Windows 10 devices on company networks receive updates, giving IT managers a finer degree of control than they’ve had to this point. That’s the flagship change, but Enterprise users are getting a number of other goodies on their collective wish list as well.

The new update will also bring a faster booting OS, that promises to boot faster than Windows 7 by an estimated 30%. The new Edge browser will take a cue from Google’s Chrome, and allow users to sync and update their favorites across multiple Windows 10 devices, and a host of driver updates will enable Windows 10 devices to create better, crisper, clearer photos. Along with these changes, Cortana no longer requires a Microsoft account, so it can be used even when logged in with a local account.

Almost everything in the November update is designed to make subtle, “under the hood” style changes to the system. Some of these changes include fixes for problems experienced by some users, like flickering, lag, and touchpad issues. There are few changes that will visibly alter the software, like bringing back colored title bars, and some tweaks to the start menu.

It looks like Microsoft is trying to stay on top of things with their latest Windows release, and hopefully more good changes come in the future. If you haven’t upgraded to Windows 10 yet, maybe now is the time to talk to an expert about upgrading.