Will Your Next Hard Drive Be MRAM? 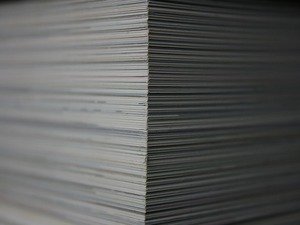 There’s a new technology in the area of memory and storage. MRAM. If you haven’t heard of it, you’re not alone, but it’s one of two promising up and coming technologies that stand to change the storage game forever. The acronym stands for Magnetoresistive Random Access Memory, and there are three key things that make it much better than today’s storage and memory options.

The first is sheer speed. According to IBM’s researchers, MRAM is some 100,000 times faster than anything on the market today. The second is power consumption. It only uses 7.5 microamperes worth of electricity. Finally, size. MRAM is created with 11-nanometer production technology, making it positively tiny.

There are some technical hurdles to overcome still, but based on recently concluded tests, the tech is nearly ready for prime time, which means that we could start seeing computers utilizing MRAM technology within a few years.

Before it hits the PC market, however, it’s going to storm through the handheld and wearable markets. The reason? Storage has always been limited on such devices, and the new tech promises small size and dramatic improvements in speed, while keeping power consumption to a bare minimum. That makes it ideal for handhelds, which not only require the small size, but have to rely on batteries with relatively short lifespans to maintain their power. Plus, MRAM will extend battery life, which is always welcome.

MRAM has other tricks up its sleeves. It can be rewritten an unlimited number of times without degrading, and can retain stored memory even in the face of long term power absence, which overcomes two of the biggest obstacles baked into today’s memory technology offerings.

Don’t get too excited though. As mentioned, PCs utilizing MRAM technology are still likely a few years away. As an intermediary step, however, we will no doubt see machines powered by Intel’s 3d XPoint, which is a non-volatile memory option, not as fast or as impressive as MRAM, but closer to production. In fact, we could start seeing devices featuring the new tech in the latter part of this year.