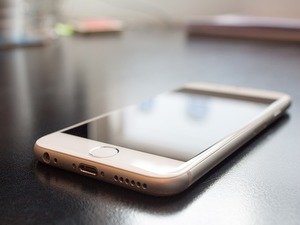 You may not know the name Dag Kittlaus, but you almost certainly know his creation, Siri, which was the world’s first voice-based digital assistant. Since Siri’s creation and launch, most of the big names in the Tech world have come out with their own versions: Amazon has Alexa, Microsoft has Cortana, and Google has a so far unnamed voice.

All of these digital assistants are fine as far as they go, but that’s the problem. They don’t go very far. They’re good at a few relatively simple tasks, but not deeply integrated, and they get confused easily if you try to push their numerous limits.

“Viv” is Kittlaus’ latest creation. Right now, she lives in the form of an iOS app, but Kittlaus has plans that extend far beyond the app ecosystem. In fact, his new company is in distribution talks with auto manufacturers, appliance manufacturers, and of course, smart device makers.

One of the key limiting factors of all of the digital assistants mentioned above is that they live in a proprietary ecosystem. Amazon’s Alexa is fine as long as you’re on the Amazon site, or want to order something from it, but it is not as efficient beyond its integration partners. The same is true to varying degrees of the others. That’s why, in Kittlaus’ estimation, what’s needed is a third party assistant. One that anyone can add features to and extend.

In addition to simply expanding the scope of the world in which digital assistants operate in though, Viv also seeks to expand the scale. While it’s possible to use current assistants to set a reminder for you to order flowers for your mom, Viv could, for example, order the flowers for you. Then, once that process had begun, if you remember that your mom is allergic to petunias, you could refine the search in mid-stream, all without missing a beat, and all strictly via voice commands.

The medium term goal is also to allow for complex questions to be asked. For instance, “will it be at least seventy-five degrees and not raining at the park tomorrow?”

If Viv can live up to its promise, then it will be a digital assistant capable of performing not just a dozen or so simple tasks, but literally hundreds or thousands of much more complex ones, truly taking the concept of the digital assistant to the next level.