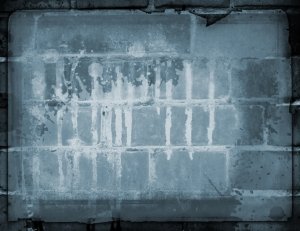 WikiLeaks has been the victim of a massive and overwhelming Distributed Denial of Service attack that has left the website exceedingly slow or completely unreachable for over two weeks. Currently, there’s not even a hypothesis about who is attacking the website.

“The attack is well over 10Gbits/second sustained on the main WikiLeaks domains,” read one of the six news posts posted since last week. “The bandwidth used is so huge it is impossible to filter without specialized hardware, however… the DDoS is not simple bulk UDP or ICMP packet flooding, so most hardware filters won’t work either. The range of IPs used is huge. Whoever is running it controls thousands of machines or is able to simulate them.”

A recently established Twitter account that goes by the handle of “Anti Leaks” claims that they are behind all of the damage, but no one knows for sure if those who run the Twitter are actually involved with the hacking.

This isn’t the first time WikiLeaks has had to counter cyberattack attempts. Because of the content that is posted to WikiLeaks, the website has acquired several enemies in their years of operation, some of which are countries and governments of those countries. Pressure in 2010 resulted in a complete restructuring of the WikiLeaks website, but in two short years the site’s coding is yet again a victim of frequent DDoS attacks.

The Website is sluggish as of last Monday, but it hasn’t fallen back offline in over 48 hours. The company seems unaffected by these attempts to take the site down. “Is that all you’ve got?” WikiLeaks tweeted today. “Keep attacking, our skin just gets harder. DDoS proof, financially & geographically diverse. We’re ready to rumble.”