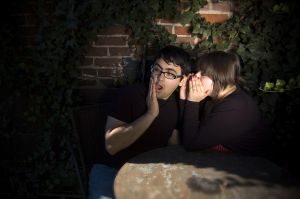 WikiLeaks, a group that specializes in revealing large secrets that companies and governments keep, has started the process of publishing some two million e-mails take from Syrian ministries, companies, and political figures. The e-mails include information about transport, foreign affairs, and finances.

Just yesterday, dozens of e-mails were released with the promise of more in the next few months. Since the release, up to a dozen media outlets have sought a partnership with WikiLeaks so that the e-mails will be published in more than just one location.

Julian Assange, the founder and leader of WikiLeaks, said that Syria and its partner countries will not benefit from the release of these e-mails: “The material is embarrassing to Syria, but it is also embarrassing to Syria’s opponents. It helps us not merely to criticise [sic] one group or another, but to understand their interests, actions and thoughts. It is only through understanding this conflict that we can hope to resolve it.”

Among other things, the e-mails are expected to reveal how companies in the Western world relate to companies in Syria and surrounding countries. Assange says that “these companies often say one thing and do another [in the e-mails].”

In total, the e-mails that will be posted over the next few months total in at 2,434,899 from 678,752 different e-mail addresses. The most common language is Arabic, but there are many in English and Russian as well.

Assange could not be at the release personally, as he fled to London in June to seek political asylum from alleged sexual crimes.