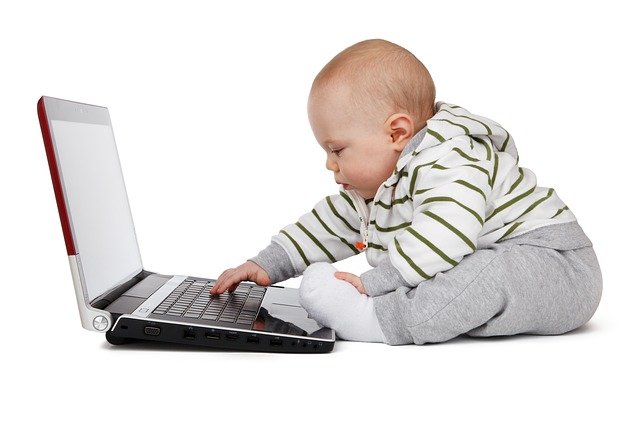 The Baby Boomers Lost It, And They Won’t Get It Back

The “Baby Boomer” generation officially lost control of their greatest creation sometime around the year 2000, and they’re never getting it back. A few years prior to Y2K, the internet was commercialized, essentially creating the world we live in today, and the kids who grew up in this brave new world took it from their parents before anybody really even knew what was happening.

For a variety of well documented reasons, younger people have an easier time embracing change than older people. Kids are always on the lookout for, and dazzled by the latest whiz-bang creation, no matter what it is. You saw it in music with the birth of Rock ‘n Roll, and you saw it again with the birth of the internet, and if you think about it, those two events, from the birth of Rock ‘n Roll to the creation of the public, commercialized internet, mark the passage of the baton from one generation to another.

The boomers (born between 1946 and 1964) were the young, eager kids when Rock ‘n Roll was a brand new thing. They were the ones who rushed to embrace it, and the heady idealism of Post War America. They grew up with the world at their command, with limitless possibilities, and they created something wonderful to pass on to their children in the form of a staggering array of digital technologies, bounded by the internet, which serves as both fence to mark the territory, and communications device to facilitate seamless, instantaneous communications from within its borders.

When Rock ‘n Roll Had To Stop

Then, they grew up. They started families and got button-down jobs and started worrying about things like promotions and braces for their kids.  Car repairs, insurance, and a thousand other things that bog down a normal adult life and make us forget that creative spark, that wild, free, Rock ‘n Roll energy we have lurking inside us. They created the magic carpet that the youth of today ride on so freely, but then a strange thing happened.

They had gotten too old and too far removed to see all the endless possibilities for the future of the thing they had created. That fell to their children, and in some cases, to their children’s children, who were the new era of young, highly energized and eager to explore.

The internet was their generation’s rock ‘n roll, and like their parents before them, they embraced it. They ran with it. In some ways, they became the technology they immersed themselves in. Sure, you could chalk it up to the fact that the older generation is just too busy to play with the latest and greatest Whiz-Bang distraction, and so it just naturally falls to the younger generation to pick up the thread, but given the roll of the eyes and the “kids today!” expressions on the face of the older generation (the exact same expression worn by their parents when they dashed off to embrace Rock ‘N Roll), deep down you know I’m right.

Kids grow up. When you’re young, Puff, the Magic Dragon is real and alive. When you get older, if you remember him at all, it’s just as a child’s story you knew, once upon a time, but it’s okay, because your kids are there to pick up the thread of the magic you outgrew, and they find it right where you left it for them.

One thing you can count on: Whatever shape the future takes, in twenty or thirty years, this latest crop of wunderkinds will be rolling their eyes toward the ceiling and looking at each other with the very same “kids today!” expression, as the next generation charges off to invent, control, and own their version of “Rock’N Roll” and even though we’ll roll our eyes and give each other “that look,” secretly, we’re going to love it, because it’s going to remind us of the time when we let the child in us come out to play.