Why People Fail, and How to Stop Failing 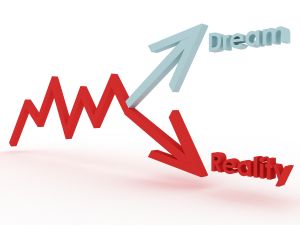 Two people have the same idea. One fails, and one succeeds. It doesn’t make any sense objectively; they’re the same idea and should be met with the same feedback, but they aren’t. The truth is that some people fail and some people succeed. Here are a few reasons why someone might fail – and how to fix it.

Do you think you’re going to fail? Maybe you’ve tasted failure before, and you didn’t like the way it felt. You shouldn’t let those feelings control you. Don’t stop yourself from making that phone call because you think it will end in rejection. Don’t stop yourself from quitting your dead-end job because you want to start your own business. Fortune rewards the brave.

Decide right now that failure is just temporary. There’s no reason that any failure has to be more than a temporary setback. A setback doesn’t mean there’s no hope – it’s just a small bump on the road to your success.

You’re successful, and then suddenly that success kind of evens out. Maybe you’re trying to learn piano, and you pick it up quickly for a while, but then suddenly you’re behind. Maybe after some time, it feels like you’re getting worse, and not even a little bit better. Sometimes this discourages people so much they simply refuse to try any more, and then they fail.

When you reach a dry spot, it’s time to celebrate, and not give up. Plateaus are often signals for something bigger and grander coming your way, and you just have to have the confidence and patience to stick it out for the long run.