Why It Makes Sense To Outsource IT Onshore 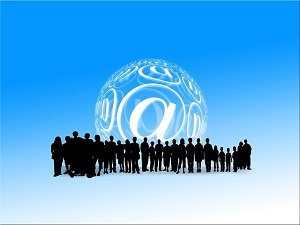 Study after study has shown that people who outsource their IT functions offshore don’t generally wind up saving either money or time. There is a huge expense involved in making such a move to begin with. Of course, there is more time and expense involved in marrying two very different business cultures, language barriers to overcome, plus the headache and hassle of having to juggle schedules. This can often result in one or more of your managers Stateside having to essentially give up his life so he can be awake when the guys on the other side of the world are working.

In addition to that, you’ve invariably got miscommunications, deadlines that get missed or dropped entirely, lower productivity while you’re trying to bring everyone up to speed while simultaneously trying to keep the wheels from falling off, and when you do finally survive all of that, you find that your net savings are negligible, at best. All that goes to show that there are a lot of fairly compelling reasons why you might want to hold off on offshoring your IT function, if you are currently considering doing so.

It’s not that outsourcing is the problem, it’s that offshoring is. There are some excellent reasons why you might want to outsource your IT function to a company that specializes in IT, not the least of which is the fact that they are specialists. You can find a good firm to outsource to that can run rings around the best people you’ve currently got in place, because that’s all they do. Since it’s all they do, they get really, really good at it. Invariably, your in-house IT people get called on to wear a number of hats. That has its upsides too, but one of them isn’t finely honed IT expertise.

Fortunately, IT Onshoring solves nearly all of the problems that offshoring saddles you with. Since you’re going with a company that’s here, state side, there are no language barriers to overcome and no radically different business cultures to deal with. You also don’t have to make some unlucky soul on your payroll stay up all nights and give up any semblance of a regular life to manage people on the other side of the planet. The worst case scenario is that you’re looking at people with a three hour time difference, and that’s not so bad really.

The Big Reason To Stay Onshore

Most compellingly though, is that choosing to work with an onshore IT outsourcing firm puts you in touch with people who know, use and understand all the same technologies and culture that your business uses. It’s easy to arrange for them to come to your site for on-site training. Problems are less likely to arise due to miscommunication, and when they do, they can be sorted out much more quickly and easily than they ever could when you’re working with a group several thousand miles away. Best of all, the transition is smoother, faster, and more seamless. That translates into less downtime for your employees, and fewer frustrations for both your customers and your employees. You get a cheaper, higher quality IT function out of the deal, and everyone wins.

Are there specific cases when this is not true? Absolutely; especially in cases where your business has developed highly customized software that is critical to some part of your business, but those are going to be the exception and not the rule. On balance, outsourcing your IT function to an onshore source is a solid strategy, and not just for the money you’ll save.