Why Android And iPhone Encrypt By Default

By Chris ForteOctober 31, 2014May 28th, 2021Technology News, Uncategorized
No Comments 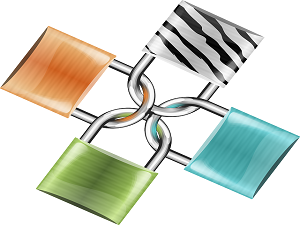 Privacy advocates everywhere are rejoicing at the latest announcements of both Apple and Google that their mobile operating systems, iOS and Android, now support full encryption by default. This encryption will enhance the security of users’ smartphones, helping prevent any unwanted access to their device.

One side effect of this new security is it also blocks police and other authorities from accessing a user’s device without their knowledge. This change has upset many of the authorities as accessing a mobile phone of a suspect can speed up investigations and help put guilty suspects behind bars. With government agencies up in arms over this change why would Google and Android take this stance? There are several reasons.

While this news is undoubtedly welcomed by privacy advocates all over the world, all users of the iPhone and Android now know that both companies have their best interest in mind and are taking steps to make sure their personal information and data stays safe from any unwanted eyes be they criminal or government.

While Apple and Google have not stated directly that this is a reason, adding this encryption is part of an industry wide move to strengthen the security of their devices after it was revealed that the NSA spent months spying on individuals through these devices without their knowledge and without a warrant. The fact is that most technology companies do not want their devices used in such as matter and with the knowledge that spying is, in fact, happening many companies are going to great lengths to put an end to it.

Ultimately, it almost always comes down to the almighty dollar. The fact is Apple and Google were both inundated with requests from government agencies to share the information belonging to their customers and reveal the data that is stored on both the company networks and their phones. These requests require time and man power to complete, costing the companies a large sum of money in the process. This new encryption will effectively eliminate many requests as now there is no way to tap into either the Android or the iPhone.

Many government agencies and law enforcement are not happy about the move of both tech giants and have expressed concerns about the limits now being placed on them. The FBI Director,James Comey, has even been in talks with Apple and Google about this new encryption. While it is unclear what is actually transpiring in those talks, he is on record stating he understands the need for privacy.

“I like and believe very much that we should have to obtain a warrant from an independent judge to be able to take the content of anyone’s closet or their smart phone,” he said. “The notion that someone would market a closet that could never be opened — even if it involves a case involving a child kidnapper and a court order — to me does not make any sense.”

No matter what side of the argument you choose to make when it comes to law enforcement, it is hard to argue that more security on our ever more important smartphone is welcome news. As we move more and more of our lives onto our smartphones, to have that information stolen can cause immense harm to one’s life. Knowing that Apple and Google both are working to protect its users will only help increase the proliferation of the smartphone and make it an even more useful tool than it already is.