What You Need to Know About Net Neutrality 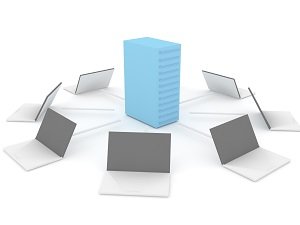 We hear a lot of talk about internet neutrality, but what does that really mean? Once we come to some understanding of the term, the next question that naturally follows is, is it applicable? Does it actually apply to the internet we have today?

The Roots Of Internet Neutrality

To understand what internet neutrality actually means, we’ve got to look at the earliest days of the internet. You probably still remember getting those AOL CD’s in the mail. We had so many at my house we started using them as coasters. They were everywhere, and for a time, AOL was about the only game in town in terms of internet providers.

Because of that, when you logged into AOL, you were in their sandbox. They could decide what content to show you and what not to. It mattered because if they picked CNN’s news coverage over ABC’s, then everybody saw CNN’s coverage. You could get to ABC’s, but you had to go looking for it.

As the internet matured, internet providers became more ubiquitous and we had laws passed which expressly forbade providers from opting not to carry or display the content of their rivals. It was free, unfettered access for all, without exception.

That is the way our internet works, looks, and feels today. You may get your internet access from Time Warner, or HTC, or someone else, but it doesn’t matter. Your browsing experience is identical to mine. You’re not seeing filtered content.

Who Wants To Change This?

The cable companies and other access providers would, of course, love to change this. They’d filter what you saw if they could, and recently an ex Cable TV executive was named as the head of the FCC. That’s important because the FCC is the agency that oversees net neutrality.

It’s not difficult to guess the current FCC’s head’s position on internet neutrality; it has a lot of people worried, and rightly so. The system we’ve got now is by no means perfect. As companies have grown and matured, there is an undeniable crowding out effect that can cause some to claim that internet neutrality isn’t as pure as it once was, and there is some truth to their arguments.

That said, the internet could get a whole lot less neutral if the current head of the FCC has anything to say about it, and it would be a huge loss for all of digital society.

No one can really say at this point what the future holds for internet neutrality. The optimists will tell you that even if the FCC begins to make changes that will restrict internet neutrality, or even do away with it entirely, the internet community as a whole will rise up in open rebellion against it, and they’ll be forced to reverse course.

The pessimists will tell you that the erosion has already begun, and that the Powers That Be will take it nice and slow, chipping away a bit here and a bit there in such a way that we don’t even notice what we’re losing until it is gone.

I’m firmly in the camp with the optimists. The internet was built by rogues and hackers. Any attempt to take away the wild west from them will result in open rebellion to the point that the FCC’s efforts would ultimately be doomed to fail. The only thing they would succeed in doing would be to inadvertently create a thriving underground economy where people would buy some extra bit of technology to un-filter whatever they try to filter.

We now live in an age where virtual nations exist side by side with real ones. Where a small handful of determined people who have never met and live thousands of miles apart can collaborate to wield power that sends nations scrambling. One need only look at the activities of Anonymous and WikiLeaks to get a sense of what I mean, and they are but young, early prototypes of what is to come. It would serve the FCC’s interests to leave well enough alone.