What Business People Need to Know About Google Glass 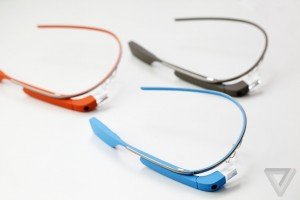 You can’t avoid it any longer; the need to learn about Google Glass has come, whether you own your own business or are just working for a small business. Don’t worry – it’s not nearly as complicated as you think it is, but there are some things you need to know about it before it hits the market.

Know that Google Glass is still in development. Google is planning on actually releasing this product some day, but right now all of the media hype is about something that doesn’t even really exist yet. Keep your eyes open as Google does plan on launching it before Christmas, even if it’s not widely available.

However, once it does hit the market, get ready for a very handy, lightweight, powerful piece of hardware. The Project Glass team has packed this device full of features, yet somehow it still weighs less than your average potato. Google Glass is currently sporting Wi-Fi, BlueTooth, at least one camera, a touchpad, speakers and the team is even messing around with the idea of a gyroscope that knows when the user’s head tilts. All that is featured in a tiny little screen the size of your thumb nail and a main piece that resembles a pair of sunglasses. In short, you won’t even notice this gadget is on your face (unless you’re one of the first to own it; then everyone will notice).

Google Glass is completely voice activated. Google’s developing the ability to search its engine with voice commands every day. Recently, the search engine even learned about pronouns, and can base current questions off of previously asked ones. Google Glass is no different. You simply say, “Okay Glass” (or, if the gyroscope works, you can tilt your head up instead) to prompt Google Glass to do your bidding. You can ask it how far it is to a certain place from your location, how old President Obama is, or even tell it you’d like to take a picture or record a video. If that’s too space age for you, you can use the swipe touchpad to get through the menus instead.

Google Glass is going to be great for video and web conferences. Sitting in front of a laptop or holding a brick to your ear is a thing of the past. Whether you’re on the go and have to use WiFi, or you’re hooked into your home or business network, Google Glass is ready to start a Google Hangout for a group conference. You can send private messages via text or voice, send pictures, videos or documents to the group, and of course show everyone what you see.

You can keep your iPhone. Google Glass is going to try and shoot for compatibility for all Android, Windows, and Apple products, but they are going for Android and Apple at first.

While Google Glass does have WiFi, it’s completely dependent on your phone’s data. This is an important point to remember – Google Glass will not function on its own. It needs some sort of WiFi network to hook into or, at the very least, your phone’s data network. Right now, Google isn’t looking into having Google Glass work independently – it’s a third-party accessory.

Finally, it’s going to cost a pretty penny. Don’t think you’re going to get away with spending $200 or $300 on the Google Glass. The first Google I/O conference saw prices of about $1,500 for a single headset (in the color of your choice, of course). Prices will likely hover around there for quite a while.

Google Glass won’t be essential to your business at the beginning, especially as the kinks get ironed out. However, the day when it is may not be all that far away.