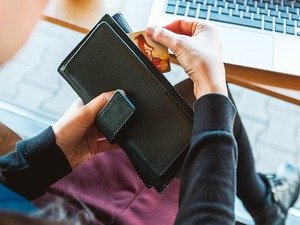 If you used the travel site Saber for booking hotels between August of 2016 and March of 2017, be advised that your data was likely stolen by hackers, including your credit card number, your name as it appears on the card and the card’s expiration date.

Saber is one of the web’s leading travel and booking companies, but like many others, they don’t use their own, proprietary software to actually handle the bookings. Instead, they rely on SynXis Central Reservations system, which is a popular “software as a service.”

The reason that’s relevant is that if hackers have found a way into SynXis, then it’s not just Saber that’s at risk. Any of the web’s other major booking sites could be next, or they could already be infected and it’s just gone unnoticed, as it did in Saber’s case.

In any event, if you’ve used Saber during the timeframe mentioned above, you’ll want to contact your credit card company and report it as being compromised so they can stop any activity on it and issue you a replacement.

You’ll also want to scan all the purchases on your statement during the period to look for any suspicious activity, as you may be paying for goods or services you didn’t authorize.

This latest breach underscores the fact that it’s not just your own actions that can get you into trouble. Any site you use could potentially be a problem for you, especially if the site in question stores your data for any length of time. Note, however, that even if this isn’t the case, a hacker could conduct a man in the middle attack and still intercept sensitive information about you.

So far, 2017 has seen more hacks to this point than any year in the history of the internet, and all indications are that next year will break this year’s record. Be careful out there.