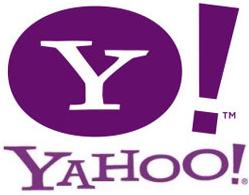 Marissa Mayer is a long-time Google executive, and now she’s been named leader of Yahoo’s struggling company. This move comes after the last CEO, Scott Thompson, was kicked out in May for stating false work experiences and references on his resume. Ross Lebinsohn, who has been leading Yahoo since Thompson left, was expected to get the job. However, the company as a whole chose Mayer instead.

“I am honored and delighted to lead Yahoo, one of the internet’s premier destinations for more than 700 million users,” the new CEO said recently in her blog. “I look forward to working with the company’s dedicated employees to bring innovative products, content, and personalized experiences to users and advertisers all around the world.”

Mayer was employee number twenty at Google when she started in 1999. She was chosen to take over Yahoo because of her role in propagating Google and helping it grow to the size it is now.

Mayer has often been seen speaking at Google conferences about new technology and layout development. Mayer has been responsible for designing almost 100 different Google products, all the way from Google Images to Google maps and location services.

Because of Mayer’s specialization in product development, many experts are predicting that Yahoo will begin to become a more product-centric company instead of the media-focused company it is now.

Mayer has her work cut out for her coming these next few weeks. Though Yahoo didn’t lose any money during the first quarter of 2012, they certainly didn’t grow as much as would be expected. Their revenue was $1.077 billion, which indicates a single percent increase over the previous quarter.