Weak Passwords Are Making Easy Work For This New Malware 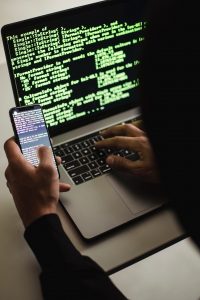 There’s a new worm making the rounds on Windows and Linux-based servers that you should be aware of. This nasty bit of code has been spreading rapidly, using simple brute-force methods to break into public facing-services like Tomcat, MySQL, Jenkins, WebLogic and others. Unfortunately, the prevalence of weak passwords protecting these public-facing systems has made the brute force attacks that much more successful.

Once the worm muscles its way onto a vulnerable system, the hackers controlling it are using it to drop copies of SMRig onto the compromised system, using it to mine cryptocurrency on their behalf. As malware goes, that’s one of the least damaging options the hackers could have chosen, though it is still problematic. It still ties up an increasing percentage of your system’s resources, putting it to work for the hackers. Still, it would be a trivial matter for them to swap out the payload with something far more destructive if they saw fit to.

This is not a sophisticated piece of code, but as the hackers controlling it have demonstrated, they don’t need it to be. The sad and simple truth is that far too many people rely on rudimentary, easy to guess passwords, which makes it easy for even simple brute-force techniques to succeed. In short, there’s so much low-hanging fruit on the web that the hackers are making more money and are enjoying solid success without having to try very hard.

Don’t fall victim to this worm. If it’s been a while since you’ve reviewed cybersecurity on your company’s network, now is a great time to do that. Start by making sure that your passwords aren’t so simple that it only requires trivial effort to crack them. Be sure you’re taking measures for data backup and recovery at regular intervals and that if you have any “smart” devices connected to your network, they’re as secure as you can make them. Stay vigilant, this is a minor threat in the larger scheme of things, but it’s a problem you don’t want to find yourself having to deal with.