Verizon Kept Their Wireless Services Up for Sandy Victims 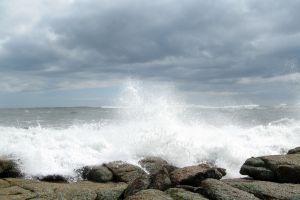 Mike Haberman, a Verizon Wireless executive, was hit directly by Hurricane Sandy. Due to some quick thinking, he managed to stay online during the entire storm and work from his home from his laptop and smartphone. Why is this important? Because Haberman was one of the man reasons that Verizon Wireless was able to stay up during most of the storm, even as Sandy wreaked havoc on the eastern US. Many people reported that they were able to browse the Internet and make important calls, even though they were confined to their houses.

Verizon had 6% of their towers knocked out, and AT&T had to strike a roaming agreement during the storm. Verizon planned well for the storm, though it still hit harder than they expected. “We run to a crisis. When something hits, myself, other members of the team, we’re singularly focused on that,” Haberman said.

AT&T and TMobile are up to 98% functionality while Sprint is up to 85%. Even for Verizon, New York City, Long Island, and Manhattan are still having issues for all carriers, though the companies are working around the clock to get services up and running again in all areas.

Haberman says this is because Verizon tested their networks again and again before the storm. He, himself, decided to test his generator before his power went offline and found that it had a faulty circuit, which is something he would have not been able to repair if he had caught it after the storm had ripped through his city. “Just like you would run them in your house, we test and test them with a load,” he said.