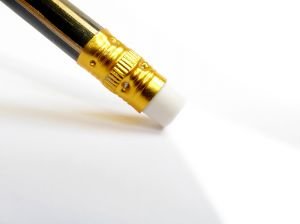 Verizon is considering changing the way their customers view the Internet on any device on their network. Initially, the company plans on prioritizing search results. If the change goes over well with users, they then plan to prioritize how they access the Internet in the first place, which would make phones lean towards using Verizon’s servers instead of free WiFi. The change would tend to cost people more money, since Verizon removed their unlimited data plans last month.

Verizon is currently in court debating the matter. Their main argument is that they should have the “freedom to edit particular aspects of the Internet that they provide”. If Verizon succeeds in court, many analysts believe that other ISP providers will begin to sell priority spots to those who can pay the most. At the same time, Verizon is suing the FCC to remove their net neutrality order. The two have been fighting since early 2011 when net neutrality rules were introduced.

The FCC’s intention has been to keep the Internet as clean and fair as it has been since it went public, and to prevent ISPs from editing results and content and becoming “gatekeepers of the Web”. Currently, ISPs are not allowed to block or slow access to online content, even if the content being accessed is in direct opposition with those who are granting access to it.

Verizon said in a statement that they are not trying to take away the freedom and openness of the Internet, but are simply fighting for their right to possess “editorial discretion”. “Just as a newspaper is entitled to decide which content to publish and where, broadband providers may feature some content over others,” stated Verizon’s court filing. In 2008, the same company fought aggressively against Hollywood’s demands to filter the Internet to help fight against pirating content.

When Verizon was asked for more commentary on the matter, they simply said that their “filing speaks for itself.”