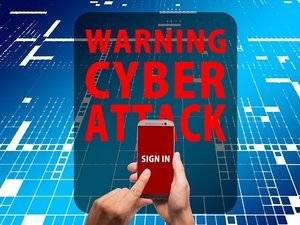 There’s a new security threat to be worried about, and security professionals are warning that it could be very bad indeed.  The new malware is known as the “Vega Stealer,” and is currently being used in a relatively simplistic phishing campaign designed to harvest financial data that has been saved in both Google Chrome and Firefox browsers.  Unfortunately, based on an analysis of the code, it could be a much more serious threat.

Vega Stealer isn’t 100 percent original work, but rather, is a variant of another nasty bit of malware known as “August Stealer.”  Built on the .NET framework, it’s designed to ferret out and steal cryptocurrency wallets, passwords, cookies, saved credit cards, and more.

If your computer is infected, and you’re using Firefox, Vega Stealer will specifically target the files “key3.db” and “key4.db,” along with “cookies.sqlite” and “logins.json,” which store a variety of keys and passwords.

In addition to that though, it can also take screen captures of your PC and scan for, and steal any file with the following extensions:

Of course, it would be a trivial matter for the owners of the malware to expand this list even further.

If the recipient clicks on the word doc, it will install a file named “ljoyoxu.pkzip” in that user’s “Music” directory, and then automatically executes the file so it can begin harvesting.

Researchers from Proofpoint, who found the malware strain had this to say:

“The document macro utilized in this campaign is a commodity macro that we believe is for sale and used by multiple actors, including the threat actor spreading Emotet banking Trojan.  However, the URL pattern from which the macro retrieves the payload are the same as those used by an actor we are tracking who distributes the Ursnif banking Trojan, which often downloads secondary payloads such as Nymaim, Gootkit, or IcedID.  As a result, we attribute this campaign to the same actor with medium confidence.”

Be on your guard.