Vancouver Hotel to Replace Corded Guest Telephones with the iPhone 4 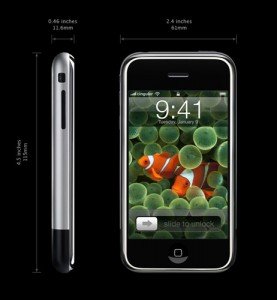 Vancouver Hotel, located in Canada, is starting the process next week of switching all of the phones in their hotel rooms to iPhone 4’s. The hotel hopes that this change will make their rooms friendlier to Americans who have to call home. The current system sticks people who call back to the US with large international roaming fees. However, the new iPhone will call almost anywhere in the world for free.

The iPhones will come preprogrammed with several numbers to local restaurants and hotel departments. The guest can then use the phone to call anywhere in the world with no extra charge to them. Once the guest leaves, the phone memory will be deleted, the phone will be charged, and it will be given out to another guest in a different room.

Vancover is not the first hotel to update their technology for guests. A hotel in the UK has recently replaced their bibles in every room with kindles, preloaded with several versions of the Bible. There is talk that the Double Tree Inn will be bringing iPads to every hotel room like Opus, another hotel in Canada, has already done. Opus has already begun the lengthy process of placing up to two iPad 2’s in every room in the hotel. The iPads are meant to help with room service and ordering food, but the hotel plans to allow them to browse the internet and download free games as well.

Several hotels in other areas of Canada, the UK and the US are rumored to be discussion similar plans, but nothing further has been announced as of today.