Upgrade Your Browser Now, Or Else 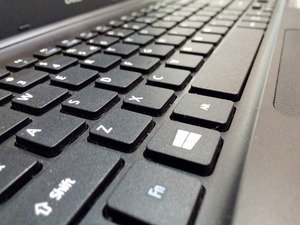 A year and a half ago, Microsoft drew a line in the sand, making the pronouncement that January 12, 2016 would be the date of the last security patch for Internet Explorer versions lower than IE 9. Their recommendation is that all users upgrade either to Internet Explorer version 11, or the new Microsoft browser, “Edge.” Note that IE 9 will still receive security updates, but only on machines also running Windows Vista, and IE 10, running on Windows Server 2012, will still be covered. Everyone else needs to upgrade to 11, or Edge, or, as many consumers are choosing to do, simply switch to a new browser altogether.

In this case, Microsoft’s logic is impeccable. Recently, they’ve been trimming their costs by eliminating support for legacy systems, including the venerable Windows XP OS, which was the most widely used operating system of all time, and ran Enterprise-level applications for years. Unfortunately, many people aren’t convinced of the potential risks. To this day, there are still some 340 million people still using versions of the software that are soon to no longer be eligible for updates or security patches.

That matters, and it matters a great deal, because love it or hate it, Internet Explorer is, hands down, the most widely used browser on the ‘net, boasting a presence on more than 1.5 billion computers. Yes, you can argue that the accounting methodology is a little dodgy, since IE comes standard with the Windows OS, but the fact remains that millions of people use it consistently, simply because it’s included and many don’t know there are other options.

That’s changing, and many people, upset by the mandate, are simply leaving the Internet Explorer ecosystem entirely and opting for one of the competing browser brands. Google’s Chrome has been a consistent winner, picking up many of the users fleeing from those older Microsoft products, but Mozilla’s Firefox, another alternative web browser, is also picking up its fair share of converts too.

One way or another though, the end is coming in a matter of days. If you haven’t switched by then, you’re needlessly putting your data at risk by using a product that’s no longer supported. This is an easy, painless fix. The potential fallout from missing the deadline, however, could put your company’s security in jeopardy.