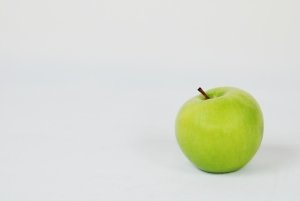 Though Apple has not officially announced anything, several reliable sources have stated that the new iPad mini and iPhone 5 may both be announced and discussed on Wednesday, September 12. A special event is being planned by Apple to announce both products, and to show the new features of both to the public. Shortly afterward, on September 21, the iPhone 5 will go up for sale in the United States. The release date of the iPad mini, according to blog site iMore, has yet to be announced or leaked.

The release date of the iPhone 5 comes from data released in China about the manufacturing of the phone. Though nine days does not seem like a long enough period to “rev up” Apple fans, last year the iPhone 4 was announced and then released ten days later to a very eager audience.

The new iPad mini appears to be exactly like it’s 9.7 inch cousin, except three inches smaller. Speculators think that the iPad mini may also be released on the same day as the iPhone 5, but Chinese manufacturing sources have been much quieter in this regard.

Several other reports have been brought to light recently. A new iPod touch appears to be in the works, and it’s expected to be announced on September 12 along with the iPad and the iPhone. A new iPod Nano is also expected. All of this means an incredibly busy day for Apple, but the company usually announces several other products along with their iPhone releases to make it “more interesting for the audience”.

The new iPhone will offer a 4” screen with a redesigned iOS and a more compact dock connector.

Apple has yet to confirm any of the rumors as true; as always, they are keeping quiet about what’s happening behind closed doors.