Unsecured Voter Database May Have Leaked 198 Million US Records 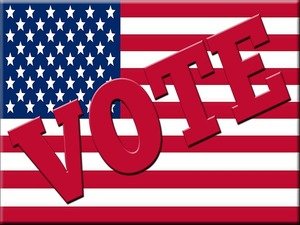 Since the 2016 election, there have been lots of hard questions asked about the sanctity of US elections, with mounting conjectural evidence that there was an active attempt by nation-state actors to influence the outcome of the most recent US Presidential election.

Because of that, the security of US citizen voter data has been at the forefront of everyone’s minds. Unfortunately, it seems that there was cause to be concerned.

On June 12, a security researcher named Chris Vickery, who works for UpGuard, discovered an exposed database containing more than 198 million voter records, amounting to some 60 percent of the total US population.

The database was entirely unsecured, and anyone could have stumbled onto it and downloaded it in its entirety.

The database was the responsibility of a company called Deep Roots Analytics, which was the company hired by the Republican National Convention to help them better target campaign advertisements.

Of particular interest were the open access files for Florida and Ohio, two of the most crucial battleground states. Also available to anyone who found the database was a 256GB folder containing detailed voter breakdowns for the 2008 Presidential election, and a 233 GB folder for the 2012 Presidential election, with each of these containing 51 sub-folders, providing a state by state breakdown including the District of Columbia.

Deep Roots Analytics made the following terse statement in response: “We take full responsibility for this situation.”

Since being informed of the unprotected database, it has been password protected, and the company is assisting with an ongoing investigation. However, the damage has been done, and there’s no telling how many people were able to download the information the database contained, which includes voter names, addresses, party affiliation, voter registration data, ethnicity and more.