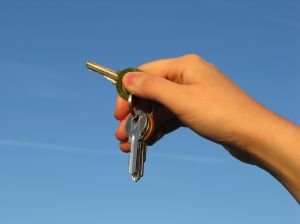 For years now, people have been buying their iPhone from Verizon and taking it to a different company when they left the original carrier, like T-mobile or Sprint. However, the days where that is legally allowed are gone.

Starting today, it is illegal to unlock a smartphone that belongs to one carrier without that carrier’s written permission.

The original court order was brought up all the way back in October while the Library of Congress was working on the Digital Millennium Copyright Act. The new version of the bill includes information specifically about locked handsets:

“…with respect to new wireless handsets, there are ample alternatives to circumvention. That is, the marketplace has evolved such that there is now a wide array of unlocked phone options available to consumers. While it is true that not every wireless device is available unlocked, and wireless carriers’ unlocking polices are not free from all restrictions, the record clearly demonstrates that there is a wide range of alternatives from which consumers may choose in order to obtain an unlocked wireless phone.”

In short, no one has to buy a phone that is locked to a network since there are many ways to purchase phones without such shackles. However, the vast majority of people do buy the locked phones because of the subsidized pricing.

Retailers outside of the US and Amazon will likely still sell unlocked versions of phones online, but the prices are likely to rise with this new rule in effect. Unlocked phones that are not bought legally through conscientious means will soon begin receiving emails with legal implications instead of ones that simply discourage the user from continuing to use an unlocked phone.