Turn Your Weakness into a Strength 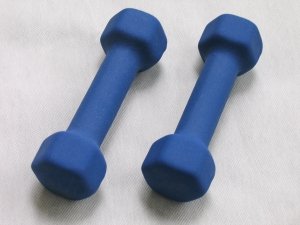 You have heard it time and time again. A lot of employers, when interviewing people that may potentially work for their company, love to ask the same question to all of the people who may work for them: “What’s your biggest weakness?” Many of us stumble over this (unless we thought about it before hand), and sometimes wind up having to give an actual weakness that doesn’t have any redemption. But that’s not how true weaknesses work. True weaknesses can always be turned into true strengths with some clever thinking and hard work.

Instead of trying to fix the weakness, make it a competitive advantage. There’s a great example in the restaurant world. Dick’s Last Resort, a restaurant located in the US, was troubled with the reviews they kept getting. “Most obnoxious waitstaff in the world,” “Rude, rude, rude!” are several of the regular complaints at the restaurant. But instead of looking down on themselves about it, they instead chose to turn it into a strength. The restaurant now hires people and trains them specifically to be obnoxious – instead of fixing it like other companies would – and the restaurant chain has grown tenfold in just a few short years.

Instead of trying to fix it, is there a way you can exploit it? Can you make it absurdly funny, or can you make it a core experience for your customers? How can your apparent weakness become a good thing?

If you can figure out, and your weakness isn’t something like “sales,” then it’s time to tell the world. Start to highlight this weakness. Maybe you’re a microcompany with three or four employees competing with one that has thirty. Whatever it is, highlight it, and be proud of it – it will make you unique, and unique is appealing to a number of people.