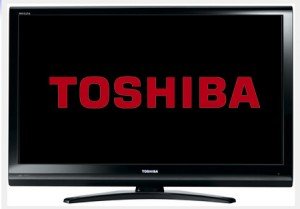 Toshiba was found guilty of conspiring with vendors to keep LCD prices artificially high in the past week. The ruling makes Toshiba liable for an $87 million fine as ordered by the jury of San Francisco.

The jury, which was only ten members, took less than 48 hours to come to their judgment. They found Toshiba liable to manufacturers for $17 million, in addition to the $70 million they now owe customers for charging them unfairly.

However, Toshiba doesn’t expect to pay anything to anyone. Other defendants in the lawsuit have paid settlements that exceed the fines charged to Toshiba. “Given credits for settlements by other defendants, Toshiba expects that it will not have to pay any damages as a result of this verdict, even after trebling under U.S. antitrust laws,” a Toshiba representative said in a statement.

One of the cases Toshiba refers to took place in December of last year. Seven LCD makers, including Samsung, paid a $550 million fine to settle lawsuits that claimed the companies were working with one another to keep prices of the panel televisions fixed at a high rate. Toshiba did not participate in this particular settlement.

Yet another settlement, aimed at direct buyers, were victims of TV price-fixing between 2001 and 2006. The settlement cost for this case was over $380 million and was split between four or five different companies.

Even after found guilty, Toshiba continues to say that they are innocent and had no part in any price-fixing. “Toshiba has consistently maintained that there was no illegal activity on its part in the LCD business in the United States, and Toshiba continues to hold that view,” Toshiba said after the trial. “While Toshiba appreciates the jury’s time and effort, Toshiba believes that the jury’s verdict is in error as to the finding of wrongdoing on Toshiba’s part. Toshiba plans to pursue all available legal avenues to correct that finding.”