Time To Upgrade – Majority Of Wannacry Victims Were Running Windows 7 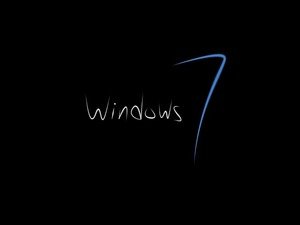 The recent “Wannacry” hacking attack was global in its scale, impacting companies in more than 150 nations before it was stopped by a security expert with a good eye. It was such a dangerous, widespread attack that Microsoft even took the highly unusual step of issuing an emergency patch for Windows XP users, even though they officially killed support for that platform some time ago.

Now that the dust has settled and security experts have had more time to analyze the dimensions of the attack, a startling new detail has emerged.

Overwhelmingly, the people who fell victim to the attack were running Windows 7. In fact, according to data released by Kaspersky Labs, more than 98 percent of impacted users were running that OS.

Like Windows XP, support for Windows 7 has formally ended, and although a quick-thinking researcher was able to stop the initial attack in its tracks by remotely accessing the malware’s kill switch, you can bet that the hackers who launched the attack are taking steps to eliminate that possibility. Once they do, another global assault is all but assured, and next time, there may be no way of stopping it at all. In fact, security researchers have already found beta versions of Wannacry in the wild that have no kill switch, period.

If you haven’t yet gotten around to migrating your old Windows 7 systems to something more robust and up-to-date, now is the time and the clock is ticking.

The hackers aren’t going to wait, and if you delay much beyond the point of reading these words, your company could be caught up in the next attack. This could mean having all the files on the infected computer encrypted, forcing you to either restore from the most recent backup you have, or pay the ransom and hope the hackers play fair and give you the unlock key. This is not a happy situation to find yourself in.