Three Things You Need to Know Before Joining Tumblr 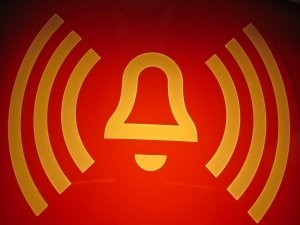 Though Tumblr isn’t quite as big as Facebook or Twitter, you shouldn’t overlook it. Tumblr alone has 49 billion posts and 105 million blog, not to mention the fact that it’s completely free. In fact, all of this means it’s the 32nd most popular website in the entire world. So, as you can see, it would be detrimental for your business not to grab onto this audience – you’d be missing out on a big thing by avoiding Tumblr altogether.

But Tumblr, while it is a blogging platform, is also a social media outlet. This means that some things have to be respected if you are to succeed on this particular platform. Even so, sharing on Tumblr is easy because of how many millions of people you can reach simply by posting.

But in the beginning, try to avoid marketing. If you’re a person that’s used to marketing to people all of the time, then rethink your strategy before you come to Tumblr. The most successful Tumblr blogs are those that educate customers, hand out important customer service facts, or make an audience laugh. Focus on those things before you jump into marketing.

As always, make sure your content is quality. Tumblr requires an even more clever campaign simply because the people that use Tumblr are those who have seen everything. Most importantly, giving away things for free is a good place to start. Make sure the information you’re presenting your audience is information that not only makes you look like you know what you’re talking about, but intrigues your reader in some way as well.

Use long posts wisely. Unlike many other social media networks, on Tumblr long posts are actually a good thing. Sometimes these posts are walls of text and sometimes they’re charts, quotes, or infographics. Not only does Google like long posts, your loyal audience won’t mind sifting through one if the information is interesting (which means they’ll share with others, too).

The more you share on Tumblr, the bigger your audience and the greater your influence. All of this will mean better, more affordable branding for you.