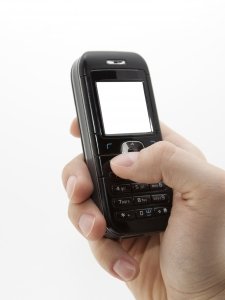 We’ve all heard them, and some of us have probably even said them: cheesy cold call lines. Having a script to follow isn’t necessarily a bad thing, but that doesn’t mean it should include tired, old phrases that have been done ten times before. Here are a few of the worst offenders and how you may be able to fix them without too much effort.

This is a cold call, so you don’t know the customer. On some level, the customer probably knows that means you really don’t care about how they’re doing today. This is less than ideal, of course, since you only have a few seconds to prove to the customer that you aren’t just some spammer. Just get to the point – work on building trust later. Start with, “I’m calling today to offer you…”

“We Offer an Unconditional Guarantee!”

People have seen enough infomercials to know that unconditional guarantees really aren’t worth anything, and that any warranty you may be offering instead is very much conditional. Don’t bother making empty promises; it wastes everyone’s time. Instead, discuss how you support your customers, even when they’ve already bought something and you don’t have any obligation to continue to support them.

“No One Can Beat Our Prices!”

It’s very likely, in modern times, that your customer has access to the Internet right in front of them. Let’s assume they’re sitting in front of the computer screen. It will take them about ten seconds to figure out if you’re lying or not. Chances are that you aren’t even lying; you just don’t know that a new competitor just came out with a new price on the product you’re selling. Instead of establishing yourself as someone who sells things at rock bottom prices, establish yourself as credible instead. “We have several awards from…”