Three New Technologies To Expect in 2014 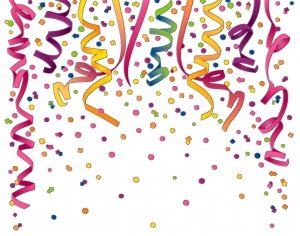 At the beginning of every year, small and large businesses alike hold their breath, waiting for new technology to be announced. When new technology hits the market, it affects individuals and businesses in huge ways that require adaptability. This year, however, a lot of technology that is expected to be introduced is in products that have not had tons of technology in them before. Here are three places you should expect to see technology grow this upcoming year.

This year, we were lucky to see wearable technology such as the Galaxy Gear and the Google Glass launched, both of which make busy on-the-go lifestyles a little easier to cope with. The success of these gadgets indicate that we’ll see several more in 2014, and in fact, several have already been planned from pioneer vendors such as FitBit and Pebble. A number of more advanced fitness trackers and smartwatches are expected as well as upgrades to Google Glass. Competitors to Google Glass are also inevitable; expect a number of visors, augmented-reality goggles like Oculus Rift, and different smart glasses.

The idea of having a “smarthome” is not a new one, especially with movies like Iron Man making the idea of a talking home an appealing one. While we may be a few years away from a Jarvis, we’re very close to having new technology integrated with our homes without much of a challenge. Expect to see not only the integration of smartphones and computers into homes but also appliances, talking thermostats, and home security systems that don’t depend on a home phone line to work correctly. Home lighting options are also expected to be brighter and more gorgeous than ever since 60 and 40-watt incandescent bulbs will be banned after the first of the year.

New car technology is coming. Not only should we expect to see alleged car technologies such as self-driving and self-parking, cars should become computers in and of themselves. Hopefully, alternate-fuel cars and cars that are powered by batteries should be seen at some point during the year, including the new Tesla sports car model. Some of the new technology isn’t expected to be for sale just yet, though those days are quickly approaching.

Though not all of these technologies have to do with the business niche proper, it is likely that this new wave of continuous improvements will change expectations of businesses and world as a whole. From gaming to security all the way to kitchen appliances, technology will begin to influence each and every part of your clients’ lives, making it more important than ever that you keep up with what’s going on in the world today.