The Scoop on Two-Factor Authentication 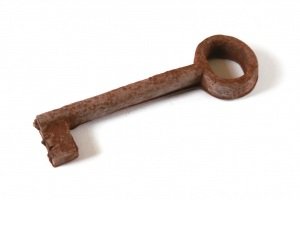 Twitter recently announced that it now supports two-factor authentication (or 2FA), but it’s far from the first website to encourage users to use it. Google, Facebook, and Amazon are just a few of the companies that currently use 2FA to prevent hacking attempts. But what is 2FA, and why should you care about it?

What is two-factor authentication?

2FA, in essence, just adds extra steps to your login process. We’re all familiar with the basic “username and password” setup, and this is called one-step authentication. The second step is different depending on the website you’re logging into, but it’s often something like sending a message to your listed phone number or email. Sometimes a PIN that was created previously can also be used, and Facebook just announced their “fave five” version of two-step authentication, which sends out a code to five of your “favorite” friends and requires two of them to send it back to you to get into an account.

Is It Hard to Use?

In all honesty 2FA is a little inconvenient, and many people are upset that Twitter requires it for all users now, especially since most of the attacks on Twitter have been for high profile accounts. You also have to keep track of all of the different 2FA processes out there, but it only takes a few extra seconds of your time once you get a hang of it. However, it would take a hacker several more DAYS with current technology to get into an account with 2FA, which is a major benefit for just a few more seconds of work.

But What Happens When Hackers Figure Out How to Get Around It?

As 2FA becomes more popular, it’s likely that there will be strategies developed against it. That’s the evolution of the cyber security world. However, it’ll probably get easier for users faster than it will get easier for hackers to conquer complicated second steps.

Despite the issues that 2FA may cause in the beginning, it’s a good step forward for cyber security. As long as the usability and familiarity increases, the security of private information will increase across the web, too.