The Keys to Successful VoIP Implementation 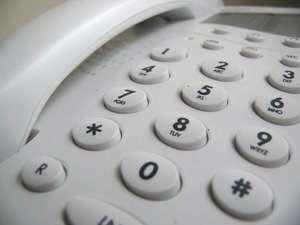 One system a business should never take for granted is its telephone. Once upon a time, there were no choices about telephones – you got what the local provider gave you, and that was that. Times have changed, and there is more than one telephone company in town these days. Not only are there multiple vendors, but there are multiple technologies as well. One of the newest technologies is Voice over Internet Protocol (VoIP).

VoIP allows a business to use its internet connectivity to make telephone calls. Instead of having lines hardwired into limited exchanges, the phone system uses the internet to place calls. The technology is backwards compatible with existing phone systems, so you can use VoIP to place calls to regular phones or cell phones and the calls will go through. There are four things a company must do before implementing a conversion to VoIP:

If you rush in where angels fear to tread, you will probably find yourself participating in a fiasco. Do your research before you buy; know what benefits a VoIP system will provide before you invest in one. Do a thorough analysis of your existing phone systems and current internet infrastructure. You need to know what systems your VoIP can interface with, and those it won’t; you also need enough bandwidth to run both your business’s internet traffic and your VoIP. Know where you need to upgrade and plan it to be as smooth as possible.

Talk to the People Who Use It

One of the biggest mistakes a system analyst can make is to not talk to the people who use the system the analyst is planning to replace. The same holds true here; replacing a current system without input from the users will all but guarantee problems. An analyst is only as good as his information; not talking to the current users means existing features currently in use may disappear in the new one, and one of these features just might be a deal-breaker. Also, getting buy-in from the current users will make training easier.

When VoIP first came out, there were a limited number of vendors to choose amongst. This is not the case today; competition is stiff between vendors, so you’re in the driver’s seat when it comes to selecting a vendor. Look for the most features you can fit into your budget and don’t neglect the customer service feature; dealing with an unreliable call center when you need it is not your best choice.

One of the things lacking in younger IT people is their attention to testing before going live. Most younger IT staff members don’t test beyond the module stage; this leads to problems when the individual modules have to run together as a system – just look at what happened when healthcare.gov tried to go live!

It is essential to test out your VoIP system before throwing the switch. Such testing will find the inevitable flaws and mistakes before your business is dependent on it, and it gives you time to fix the bugs and test the system again before it’s the only system you have.
Moving your business to a VoIP system can be a good thing if you do it right. Your staff will thank you for the care and thought you put into implementing it, and that’s a good thing, too.