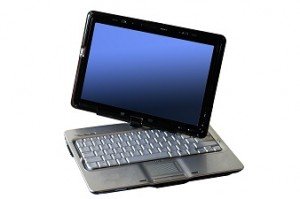 Apple wowed the market when they released their much anticipated iPad mini that has been rumored for almost a year. Though the tablet is a beautiful piece of advanced technology, the mini tablet market has become about pricing, and the Mini missed that memo.

The tablet market is beginning to level as the original seven inch tablets that still exist today, such as the Kindle and the Nook, have started to step up their game with the addition of apps and different services. However, Apple still holds the title for the most advanced feature of all, the App Store, so even though the iPad Mini is priced higher than the average 7-inch tablet, it may be worth the money simply because of the reputation and features Apple has included with its smaller iPad.

The new iPad Mini has been described as a larger iPod touch, mostly because this particular tablet is not intended to be a laptop replacement. More so, its closest competitor is the eBook reading Kindle, as it’s meant to be a reader and viewer, and can only handle the lightest of Internet use.

So what makes the Mini so different from the other tablets in its niche? The design, by far, is what makes this device unique. It’s light and sleek enough to hold in one hand, and it may even fit in the pocket of some jeans without a case. It’s easy to handle and reminds many users of a good book to read while snuggled up on a couch.

Though the screen is not Retina Display, it’s still high-res, and it has the perfect aspect ratio for reading magazines and comics. However, if you like the crisp text of some of the other eReaders, you may not enjoy the iPad Mini’s display, as the fuzziness when displaying text is immediately apparent.

The iPad Mini has its pros and cons, but overall it’s an excellent tablet that’s worth the few extra dollars that Apple is asking for it.