Tablets Expected to Surpass Notebooks by 2016 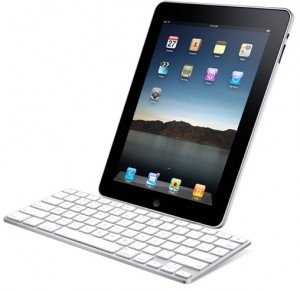 By 2016, the iPad and other assorted tablets will have topped laptops in US sales, says research company NPD DisplaySearch.

For now, laptops continue to dominate the market as the most used mobile computer. By 2016, tablets are expected to rule the mobile market instead, and by 2019, the ratio is expected to be 2 to 1 with tablets in the lead.

Only 121 million tablet units were sold this year worldwide, but by 2017, 416 million are expected to sell. Notebook sales are expected to go from 208 million to 393 million in the same timeframe. Mature markets, such as North America, Japan, and Europe, are expected to drive tablet sales. These four places alone will account for 66% of all tablet sales and shipments this year, and it’s expected the shipment percentages will stay in the mid 60’s for the next decade.

“Consumer preference for mobile computing devices is shifting from notebook to tablet PCs, particularly in mature markets,” NPD DisplaySearch stated in their blog. “While the lines between tablet and notebook PCs are blurring, we expect mature markets to be the primary regions for tablet PC adoption.”

Tablets are beginning their takeover due to long battery lives, durability, and portability. Some tablets are already beginning to introduce power that notebooks have historically had a monopoly on, such as multi-core chips, more apps, and better display screens.

Still, laptops are selling well, and many companies are already introducing thinner, lighter, and sturdier models. Only time will tell us if the notebook computer will completely fade out of the market.