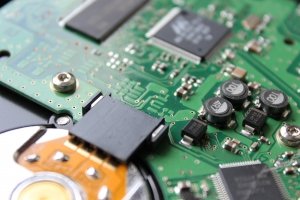 Oak Ridge National Laboratory’s Titan supercomputer has unofficially become the most powerful machine in the world, and has even surpassed the IBM-based Sequoia system.

Sequoia, the computer that held the record for most powerful computer for almost half a year, can process data at a speed of 16.31 petaflops. Titan beats that showing at a total of 17.58 petaflops as of yesterday. Titan is powered by Nvidia and not IBM like Sequoia.

Titan is located in Tennessee, where it’s used as part of the Department of Energy’s research laboratories. Titan is used to analyze information from climate change predictions all the way to alternative fuels, and is one of the first systems of its kind to combine discrete graphics chips with microprocessors. GPUs are often used in video games to make the graphics smoother and loading times shorter, and when placed in a supercomputer, they help accelerate the number-crunching basics that the supercomputer must do.

Most other machines on the Top500 list also use GPUs, though the technology is relatively new to supercomputers. As of today, 62 computers on the list use GPUs, compared to 58 six months ago.

The top computers on the Top500 list mostly use AMD processors, but Intel provides the vast majority of chips for the systems (around 80%).

Along with Titan, the top five computers included Fujitsu’s K computer, an IBM Blue Gene/Q system by the name of Mira and another by the name of Juqueen, and the last but not least, the Forschungszentrum Juelich located in Germany.