Soon, Your Driver’s License May Not Work For Air Travel

By Jason ManteigaFebruary 4, 2016May 26th, 2021Blog, Technology News
No Comments 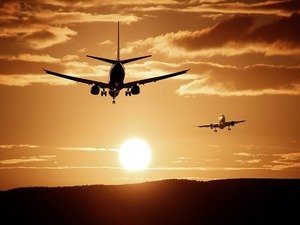 You’ve probably never even heard of the “Real ID Act of 2005.” Most people haven’t. It was one of a number of pieces of legislation that passed without grabbing any headlines or attention, but it’s about to have very real implications for you as a small businessman or woman.

The law was passed with the intention of making it difficult for terrorists to forge a driver’s license. Guidelines were developed to make the design of driver’s licenses nationwide, more difficult to counterfeit. The only problem? The states were slow to comply with the new law. At present, only 23 states have redesigned their licenses to meet the more rigorous standards of the new law.

The Department of Homeland Security is tired of waiting. In a recently released directive, they’ve authorized the TSA to set a deadline for compliance of January 22, 2018. After that date, if you’re living in a state that has not upgraded their licenses to comply with the new law, it won’t be considered acceptable identification, and you will be unable to board the plane unless you have an alternate form of identification, such as a passport.

Currently, the states that have made no effort whatsoever to comply with the new law are: Minnesota, Illinois, Missouri, New Mexico, Washington, and the territory of American Samoa. The rest of the non-compliant states have filed for, and been granted extensions that will allow the citizens of those states to use their licenses until 2020.

A stark minority of Americans have passports. If you’re one of the many who does not have one, and you live in one of the states mentioned above, now would be a good time to consider getting one. If not, your ability to travel by air in the conduct of your business is going to be severely curtailed. Fortunately, the passport process isn’t an especially difficult one, but it’s best to start planning for the eventuality now. If you wind up getting turned away at the airport in a few years’ time, and miss an important meeting because of it, you’ll wish you had.