Shopped At Acer’s Website? Your Information May Have Been Stolen 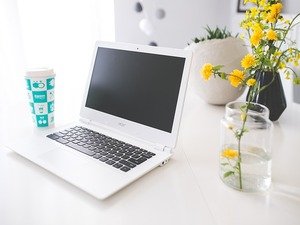 One of the biggest problems about successful data breaches is the fact that if the hackers are really good, it can be quite some time before their target is even aware there’s a problem. This appears to be the case with Acer, the world’s largest computer manufacturer. Their webstore, Acer.com, was hacked more than a year ago, but the company is only just now finding out about it.

According to the company, it appears that credit card numbers, credit card CVV security codes, customer names and customer addresses were all accessed, though at this point, the company has not released an estimate of how many customers were impacted. They warn that if you made a purchase on Acer.com between May 12, 2015 and April 28, 2016, your data may have been exposed.

The matter is currently being investigated by both the FBI and a data security firm that Acer has hired to assist, but until some estimate is released regarding the number of customers impacted, the best thing you can do is play it safe. Monitor your accounts and credit card statements, and if you see any suspicious activity, report it immediately. It would be advisable to report any credit cards you have on file at Acer.com as compromised and have new ones issued, and of course, immediately change your password if you have an account on the site.

This is but the latest in a long and growing string of high profile hacks, and is proof positive that no target is safe. As with every breach of this type, now is the time to remind all business owners, no matter what industry you’re in, and no matter how robust you believe your digital security to be, to do a thorough review of the security measures you have in place, and take whatever steps are necessary to bolster your digital security. Otherwise, the next company name in the headlines could be yours.