Shadow IT: An Opportunity Not A Menace 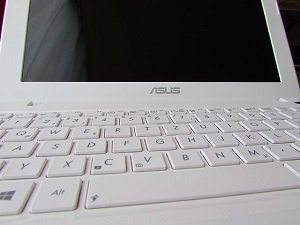 By now, you’ve almost certainly heard the term Shadow IT. Broadly speaking, it refers to apps and devices brought in by your employees that the company does not own, connecting to cloud-based resources that the company does not control, and to whom the business has no formal ties. The risk, and the reason why Shadow IT gives so many in upper management and in IT heartburn is that company data, maybe sensitive company data, often resides on or passes through these uncontrolled, and sometimes unsecured channels. Every time that happens, there’s a risk of exposure. A risk that the company will lose control over some critical piece of proprietary information, and if they do, there goes the neighborhood. At the very least, it amounts to handing an important tactical advantage over to your competitors, which isn’t so great.

Okay, But How Could That Be An Opportunity?

In essence, Shadow IT is what you make it and nothing more. It exists; that’s the default state. Given the default state, you’ve got two choices. If you treat it as the enemy and bust your employees for coming up with fast, flexible solutions to real world business problems, there are only two possible outcomes. One is that your employees will stop innovating (because it gets them in trouble). Should that occur, your business is already dead and you just don’t know it yet.

The other, more likely outcome is that they’ll continue to innovate and continue to employ exogenous resources to solve their problems when the corporate machinery gets in the way, they’ll just do it more subtly so that it is hidden from your view. In other words, you’ll simply drive it underground. It’ll still be there but it won’t offend your gentle sensibilities by being visible, but of course, that’s not really a solution.

The alternative is to embrace Shadow IT and view it as an opportunity. This response has some compelling advantages in that it at the very least starts a dialogue between IT and those who are employing the Shadow solution. By engaging with those employing the off-the-books solution, IT comes to better understand business needs, and can retroactively insert themselves into the process, either developing the necessary relationships to make the arrangement official, or offering a business sanctioned alternative that works as well, and assisting with porting to the newly minted, official solution.

In either case, the outcomes are preferable to the possible outcomes you get when you come out, guns blazing against your own people. By embracing it, you encourage innovation and outside-the-box thinking, which can provide enormous intangible benefits to the business as a whole.

Undoubtedly, Shadow IT presents challenges. There’s no question that it opens the door to some risk, but that risk is going to exist regardless of your response to it. Thus, the best thing you can do is everything you can to turn it into a positive. Anything less, and you are engaging in self-sabotage. That’s a losing proposition all around.