Security Predictions for 2014: What You Should Be Watching Out For 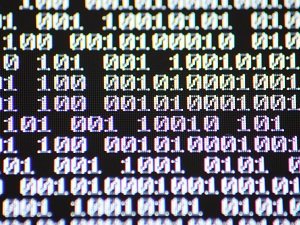 WatchGuard Technologies, a prevalent company in the world of security predictions, has released its list of the top eight or so security problems it expects will happen in 2014. These security risks range from ransomware advancements all the way to data breaches and infrastructure exploits.

The security risks may seem a little far-fetched at the moment, but the threats are real. Fortunately, more and more security measures are becoming available to completely prevent or at least weaken these attacks. “With shadowy government agencies building their own botnets, huge data breaches like the one Adobe suffered, and nasty file damaging malware like CryptoLocker, 2013 was an exhausting year for cyber defenders,” Corey Nachreiner, WatcherGuard Director of Security Strategy, said in a statement.  ”However, with new security visibility tools now available, 2014 should be the year of security visibility. Although the threat landscape will continue to evolve at a blistering pace, with clever new exploit techniques and criminals focusing on new targets, security professionals should be able to use these new visibility tools to swing the cyber war pendulum back in their direction.”

Here are just a few of the predictions that may be important in the upcoming year.

Computers won’t be the only thing we will see hacked. So-called “black hat” hackers, or hackers that spend their time looking at illegal ways to get around things, are expected to spend more time hacking into more than just computers. Namely, medical devices, cars, watches, and gaming consoles are just a few of the target devices. Security experts have warned excessively about securing many digital devices for the past five or so years, and only now are people starting to pay attention. Expect to see a lot of exploited security holes in some of the devices you may own shortly.

Malware’s going to get mean. Malware hasn’t been all that destructive, and is often just used for tracking data. There have only been a handful of malware attacks that have done anything but hang out in the back of your data files and collect information about what you’re doing. However, malware is expected to take a turn for the worse because of the success rates of the attacks this year. Extortion rates of viruses, worms and Trojans are expected to double at the very least.

Finally, even if your security is good, expect hackers to get to you through your partners. “Chain-of-Trust” hacks are expected to make a comeback, and while it appears that most of these attacks will target Fortune 500 companies and government agencies, that doesn’t make your small business immune. Partners and contractors, regardless of the security of an organization, are often the “weakest link” that can be the cause of many breaches, and hackers are starting to get wise about this. At all costs, you should avoid being this weakest link or being the victim of someone else who is.

A blog on WatchGuard’s website details the above and the other top predictions for the hacking world.