Screen and Display Patent Awarded to Apple, Expected to Reduce Weight of Screens 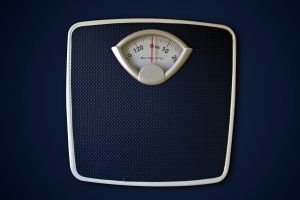 Though the iPhone is currently the leader in the market for thin, bright displays, a new patent rewarded to the company late last week indicates that the company may be able to produce even thinner and lighter display screens.

The newly acquired patent allows Apple to integrate touch sensors with display circuits, which reduces the space a screen needs to function. Currently, touch sensors have to be placed on top of the screen, meaning an extra layer for the smartphone. Integrating the touch function with the circuits instead will lead to fewer layers and a lighter phone.

The patent is for an LCD technology dubbed “touch screen liquid crystal display.” The patent itself is for a technology that has not been utilized on touch screen phones or tablets as of yet, but it suggests some various ways to begin implementing the technology. The technology can be used for in-plane-switching screens as well as standard LCD screens, as touch elements can be featured between the color filters and the array plates.

“By integrating the layered structure of an LCD and a touch sensor, a variety of benefits can be achieved,” said Apple in the introduction letter to the patent. “This can permit some layers to be eliminated, which can reduce cost and thickness of the touch screen LCD, as well as simplify manufacturing.”

For the most part, iPhones will benefit from this technology because of their expected light weight and high production cost. However, the technology could be adapted in future years for iPads and other devices as well. “These electronic devices and computer systems may be any of a variety of types including desktop computers, notebook computers, tablet computers, handheld computers, personal digital assistants, media players, mobile telephones, and the like,” said Apple in their patent filing.