Scam Artists: How to Avoid Them

By Chris ForteFebruary 16, 2014May 29th, 2021Technology News, Uncategorized
No Comments 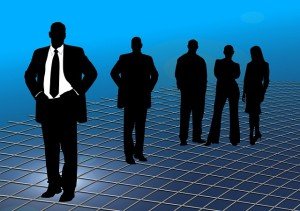 Scam artists target small businesses because they’re often easy targets. If you’re a new small business, or you don’t protect your computers with anti-virus software, you could be the next victim. Just last month, a small company in Washington reported that they had over 44,000 credit card numbers stolen and sold to an unknown buyer on an unknown website. Which credit card numbers were stolen is unknown, and every single person that had run a credit card through their system was advised to get a new credit card; some 176,000 clients could have been victims of this scam.

So how can you prevent your data from being stolen through a scam? Check out some common scams below and how to avoid them.

Generally, a scammer will contact a business and request to update the company’s information in a well-known directory. They often pose as Google employees or Yellow Pages representatives. The information is then recorded on the phone call, and then the company is billed for placing ads in a directory that doesn’t really exist. Along with the notice are fake print outs of ads placed by the company. When the company refuses to cough up the money, they are threatened with legal action, and often companies will pay up to avoid further problems.

Don’t Do It: Make sure your employees are aware of this kind of scamming. No information, including contact information like phone and address, should ever be given out over the phone to any other company, no matter how legitimate it sounds. Only you and a select few employees should be given permission to transmit that kind of data over the phone, and that’s after they have been trained well in how to avoid scams such as these.

This scam is effective because it is simple. All the scammer asks for is that a piece of paper be faxed back in response to the advertisement. The advertisement faxed over usually consists of hard-to-resist deals and discounts on commonly used office supplies. The advertisement requests that a fax is sent back to a premium number that costs the company several dollars a minute while the fax goes through.

Don’t Do It: Some unsolicited faxes are legitimate; most are not. It is important to know the difference between faxes you can trust and ones that you can’t. Often, people will post online about faxes they also received that weren’t from an actual company, and keep in mind that the premium fax-back numbers all start with 190. Ten minutes of research can save your company a few hundred dollars in this case.