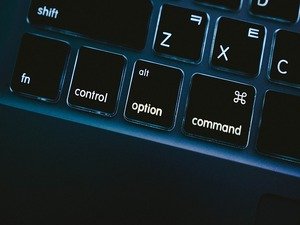 Recently, Consumer Reports did something they have literally never done before. They failed to recommend the latest Apple laptop (the MacBook Pro) for purchase.

When they conducted a series of tests at the Consumer Reports Lab, the laptop’s battery life was found to be substantially less than what Apple reported that it should be.

This caused no small amount of alarm in the halls of Apple’s Corporate Headquarters. Consumer Reports is a prestigious magazine with a significant online presence, and their reviews carry great weight with the consuming public.

Apple took the review seriously enough to make some inquiries about how the tests were conducted.

It turns out that when Consumer Reports conducted their tests, they did so with the Safari browser in Developer-Mode. Many users aren’t even aware that Safari has a Developer-Mode, much less the fact that when the browser is placed in this mode, it disables webpage caching.

As a consequence of testing the laptop in this manner, an older bug was activated which impacted the way that icons on the screen are loaded and reloaded, and this was the root cause for the laptop’s poor performance during testing.

Working with Consumer Reports, Apple was able to isolate, identify and patch the bug, and has requested that the company re-test using settings that most users would employ when surfing the web.

Consumer reports agreed, and on re-testing, they found that the MacBook Pro met or exceeded Apple’s battery life estimates. They’ve also agreed to update their review accordingly, and change their recommendation.

This is great news on a number of levels. First, Apple proved to be extremely responsive, which says great things about them as a company and the care they take with their products.

In addition, Consumer Reports, understanding how important their reviews are in the marketplace, also got high marks for their willingness to work with the company. And, the level of cross-company cooperation to identify and correct a legitimate problem says good things about both organizations.

This sets a shining standard all business owners should strive to meet. Kudos to both companies.