RIM’s BlackBerry 10 May Save the Company After All 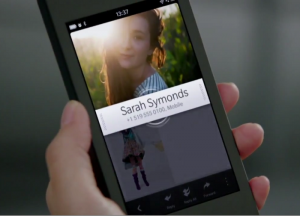 The BlackBerry 10 is now planned for a release early next year, which makes it just about eight months late on delivery. Considering all of the other problems Research in Motion has been having, such as the flop of PlayBook, poor management, massive layoffs and dropping stock prices, most experts viewed the delay of BlackBerry 10 as the final downfall of the company. Now that there’s been a beta release, however, some are backing off their initial evaluations.

CEO Thorsten Heins said in a recent Canadian press interview that “RIM shouldn’t be counted out of the mobile game just yet,” and that RIM “has a secret weapon.” In a separate interview, Heinz stated that “BlackBerry 10 will connect users not just to each other, but to the embedded systems that run constantly in the background of everyday life — from parking meters and car computers to credit card machines and ticket counters.”

The overlooked phone has quite the impressive lineup of features, and is based heavily on QNX technology that RIM bought several years ago. QNX is used in many current systems, including in public transit, air traffic control equipment, and medical devices. It’s even likely that your car’s computer is based on QNX technology, as over 20 million cars worldwide run on QNX CAR.

Heinz says that Blackberry 10 is “an entirely new way of thinking…new software powering new devices and new services,” and that the company “built from the ground up with the latest technologies in mind,” which “enable you to use your handset like a wallet.”

RIM’s new phone is expected to be able to pay tolls and parking meters, as well as acting as a debit card in the grocery store. Among other things, it appears that it will integrate with any QNX technology rather easily – including the QNX used by the International Space Station.

RIM is planning on announcing more on the new BlackBerry 10 later this week.