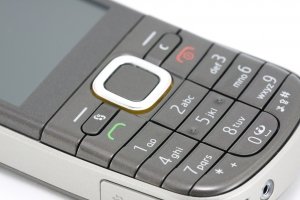 If you’re looking for a new phone, the new Droid Razr Max is a good choice with its large screen, long battery life, and call quality.

This new $299.99 phone is one of Motorola’s new prized possessions; there was stir about it before it even hit the market. Motorola is offering this phone strictly through Verizon at the moment, though the company has talked about expanding to other carriers as well. The almost $300 price tag is the subsidized pricing, and though it may originally put many people off, this Android-based handset has been described as “one of the best Android phones to ever hit the market”.

With a 4G LTE data connection and lightning-fast dual-core processing, this phone competes directly with even the most popular and high-end phones of our time. A 4.7-inch HD AMOLED screen that is crisp and smooth would usually suck up battery power within a few short hours, however, the same 3,300mAH battery that powered the Droid Razr HD powers this phone, meaning that Motorola claims that the phone will live almost three days with high usage and up to ten days on standby.

When Motorola designed the new Droid Razr Max, they had durability in mind. The back of phone is coated by a strong, protective Kevlar fiber that resists not only fingerprints and grease but dings and scratches as well.

Like most Android-based phones these days, this handset sports a fully onscreen digital keyboard and Android 4.0 “Ice Cream Sandwich” as its UI.

Other than complaints about an astounding amount of Verizon bloatware, software that comes installed on the phone and cannot be removed legally, and a camera that produces sub-par images, the Droid Razr Max is one of the best phones to hit this holiday season.