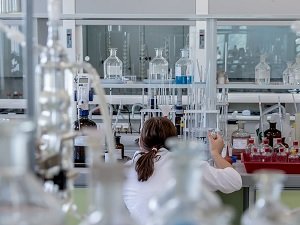 Chances are good that you or someone you know has had some type of medical testing done by the US Clinical Laboratory, Quest Diagnostics. If that’s the case, then there’s bad news.

The company learned of the breach when they were informed by the American Medical Collection Agency that an unauthorized third party had managed to breach their systems.  Leveraging that access, the unknown party was able to access Quest patient data including Social Security numbers, financial data, and a variety of medical information.

At this point, Quest has not offered any details on what types of financial data may have been exposed, or whether full payment card numbers or security codes were included. The company has stressed that the investigation is ongoing and that they’ll reveal additional information as it becomes clear.

As is the norm in situations like these, Quest has informed law enforcement and has engaged the services of a third-party forensics firm to assist with the investigation.

This incident follows on the heels of a similar one that occurred just one week prior. That was when one of New York’s largest non-profit concerns experienced a breach that had a number of points in common, although was much smaller in scale.

In any case, if you, or someone you know has used Quest Diagnostics for any sort of medical testing, be aware that your personal and financial data may have been exposed. Be on the lookout for formal communications from Quest regarding next steps.  Also, closely monitor your payment card statements to keep a sharp eye out for any unusual activity.