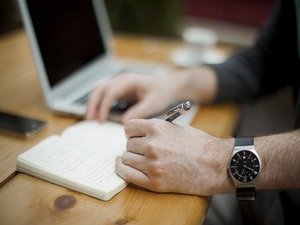 The Apple Watch has finally been released and the critics are, of course, following up with their list of failed expectations of the device and the distant observations of how they would do things differently. While the technology has a number of obvious features that attract the average consumer, the question of how businesses can use this mobile device to impact productivity and see that impact reflected on their bottom line, is on many lips.

The Apple Watch is designed to transition from the basic features a smartphone offers and move them to the user’s wrist. If it were only that simple. To use the Apple Watch you need to have an iPhone, but not just any old iPhone. It must be a model no earlier than an iPhone 5. For business owners, that means if iPhone is not your company’s smartphone standard, the Apple Watch has little practical appeal no matter how creative the third party software developers get.

If your company has an iPhone standard, the next question to be answered is, which of your employees will benefit from the purchase of an Apple Watch? Beyond the expense, the purchase needs to have a defined role for each employee for the cost to be justified. Likely candidates are sales people who work out in the field, managers and executives who need to continually be apprised of events while traveling, and other employees who spend a considerable amount of time away from the home office as part of their normal job responsibilities.

When creating this mobile device, Apple really did intend it for people who are on the go.

The fact that an Apple Watch user needs an iPhone says that the technology still has a long way to go. Apple kept its innovation simple in design and appearance in order to get feedback from its active users and improve upon the model over time. Despite this criticism from many quarters, this is now a standard industry practice. One departure from traditional Apple practices is that it has invited third party developers to create apps for the device.

For making phone calls, there is a microphone and a speaker that connects to your iPhone with a “friendship” button. You can listen to music directly stored on the watch as it can store up to 8 gigabytes of data but is limited to 2 gigabytes for music. There are the expected apps for mail, messaging and maps. It also tells the time and has several features to meet the needs of the fitness minded. Siri is included.

Here is where businesses can benefit by the purchase of an Apple Watch. SalesForce, with its 2 million plus customers, is creating an app that will allow alerts and notifications to be sent to the watch that will notify the wearer through the physical “tap” feature built into the watch. Everything from discount request approval notifications to customer service issues can be attended to immediately with the device. The ever popular Evernote allows you to record short voice memos. The startup company BetterWorks is in the process of making a productivity app based on the concept of quantifiable work, to better manage daily productivity goals. Social media essentials Facebook and Twitter also have apps available.

When looking to the future of the role Apple Watch can play in business, the place to start is those people who currently have an immediate need for using the watch. It is almost certain Apple will be improving those features on its next release. Putting the device in the hands of those most likely to maximize its use will generate feedback as to how it can be used to further benefit the company. This is what Apple hopes to hear and how it expects to advance into the ranks of the business world.