People Are Moving From Windows 7 To Windows 10 For Security

By Jason ManteigaFebruary 18, 2020May 9th, 2022Cybersecurity
No Comments 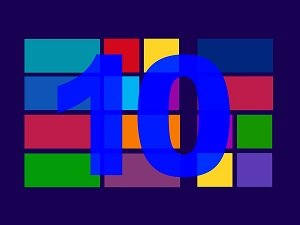 Despite the age of the OS, Windows 7 has enjoyed a surprisingly large and loyal user base. That changed suddenly when Microsoft finally pulled the plug on Windows 7 support.

It couldn’t have come as a surprise to many people. After all, the company has been sounding the alarm and has announced the end of support date for more than a year.

Even so, most Windows 7 users greeted the looming end of support with little more than a yawn.

Then, January came and Microsoft did exactly as they said they’d do. Support ended, and suddenly, broad swaths of the Windows 7 user base woke from their slumber and finally transitioned to Windows 10.

Statistics show that in January, the Windows 7 install base took a significant hit, dropping by some 4.2 percent, while the ranks of Windows 10 users swelled considerably, growing by almost the same amount. Based on the number of machines running Windows 7, that means that in January alone, some 50 million machines were moved off of the old OS.

In some respects, the sluggish response and then the sudden surge aren’t too much of a surprise. Most people tend to put off doing unpleasant things until they simply have to. As long as Microsoft was content to keep issuing security patches to keep the venerable OS secure, the Windows 7 user base was content to trundle along as they always had. The moment that changed, it suddenly made a lot more sense to jump on the Windows 10 bandwagon.

If you’re one of the Windows 7 holdouts, understand that every day you remain on the old OS, you’re putting your network at risk. If you don’t already have plans to upgrade, it’s well past time to make them.