Online Shoppers Are Seeing An Increase In Scams 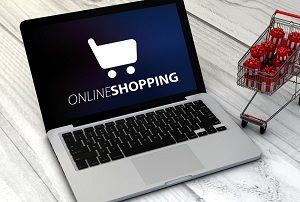 Recently, the FBI issued an advisory warning about a sharp increase in the number of reported victims of online shopping scams.

According to data compiled by the FTC, the last few months have seen more scam reports over the past few months than they’ve ever had reported.

In some ways, this is not a great surprise. On the heels of the pandemic and with tens of millions of people spending the better part of each day at home, online shopping has become increasingly attractive. Hackers around the world didn’t waste any time taking advantage of that fact.

According to the advisory, most scam victims report that they found their way to scam websites via ads on social media or by way of searches on popular search engines. By a significant margin, the #1 reason shoppers made purchases from these scam sites was the fact that they offered products at significant discounts compared to conventional retail outlets. This is proof-positive that if a deal looks like it’s too good to be true, it probably is.

As to the scope and scale of the problem, the most current data we have comes from 2015, when consumers reported losing some $420 million to online shopping scammers. While there are bigger and more costly issues, to be sure, that’s definitely not pocket change.

In looking more closely at the data collected by the FBI and FTC, one commonality jumps out. Most of the scam shopping sites use .club and .top domains, rather than .com. Most of the websites operated by the scammers are less than a year old.

The lesson here is simple: Don’t be fooled by promises of deeply discounted merchandise. Don’t purchase from pages that have suspicious social media profiles with very few photos and no reviews. If you stick to shopping at well-known and well-established retail outlets, you can still find great deals and you’ll minimize your risk of being taken in.